After The Affair – Ten Steps Of Healing 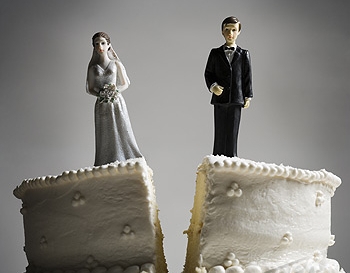 Sexual infidelity is betrayal of the deepest kind and most marriages don’t fully recover.  That’s why Jesus said it was one of the few grounds for divorce  (Matthew 19:9).  For a marriage to heal both the unfaithful spouse and the one betrayed must fight hard to rebuild their relationship.

After disclosure, couples may seek pastoral or professional help.  This is important because without outside accountability most couples will not do the work necessary to heal the damage even if they choose to stay married.

As biblical counselors it is crucial that we understand that adultery is always evidence of a deeper more sinister problem.  Before a marriage can be rebuilt, the root heart problem(s) must be identified and owned.

Let me illustrate.  Many years ago near where I live, the city of Allentown, PA was held spellbound by the drama surrounding a giant sinkhole that threatened to topple an entire office structure called Corporate Office Plaza.  The sinkhole had developed in the middle of the night and quickly spread over 50 feet wide and 18 feet deep.

The first clue that something was wrong came when operators of the city’s reservoirs noticed a two-foot drop in water levels in the middle of the night.  Crews were sent out to search for the leak and discovered a widening sinkhole that was swallowing up the water.  At dawn, before any businesses opened, the menacing sinkhole began its destruction in the street.  Corporate Office Plaza began to sink and crumble. Huge shards of glass and bricks tumbled to the pavement below as the building began to buckle and crack, teetering on the verge of collapse.

“Can’t this building be stabilized?” the new anchors questioned.  Business owners asked, “Can we at least go in to salvage our things?”  It was February and many of the businesses occupying building were accounting firms who were smack in the middle of tax season.

Unfortunately Corporate Office Plaza was ruined.  Destroyed from deep within by a force that was unobserved and unknown until too late.

In the same way, when adultery is exposed, what looked like a good marriage on the outside suddenly and dramatically begins to crumble. The very foundation, upon which that structure has been built, is questioned. What happened? What went wrong?  How do we fix this? Is it even fixable?

Below are ten (10) areas we need to explore with couples experiencing the pain of infidelity so that healing can take place.

A marriage that has suffered infidelity can come through it stronger and healthier than it was before the affair if together a couple does the hard work.  Sadly, often a couple wants a quick fix and aren’t willing to do what it takes.  But think of it this way.  If Corporate Plaza had been rebuilt without addressing why the sinkhole was there and how to prevent it from happening in the future, it would have been foolish.  The entire structure would be vulnerable to the same problem happening all over again.

In the same way let’s be careful as biblical counselors to not try to repair the marriage after adultery without addressing the sinkholes that got them there in the first place.