While I appreciate the locution of our word “gratitude”, I love even more the original die from which it was cast. The word, beholden, which means “owing a debt” or more literally, “bound”. 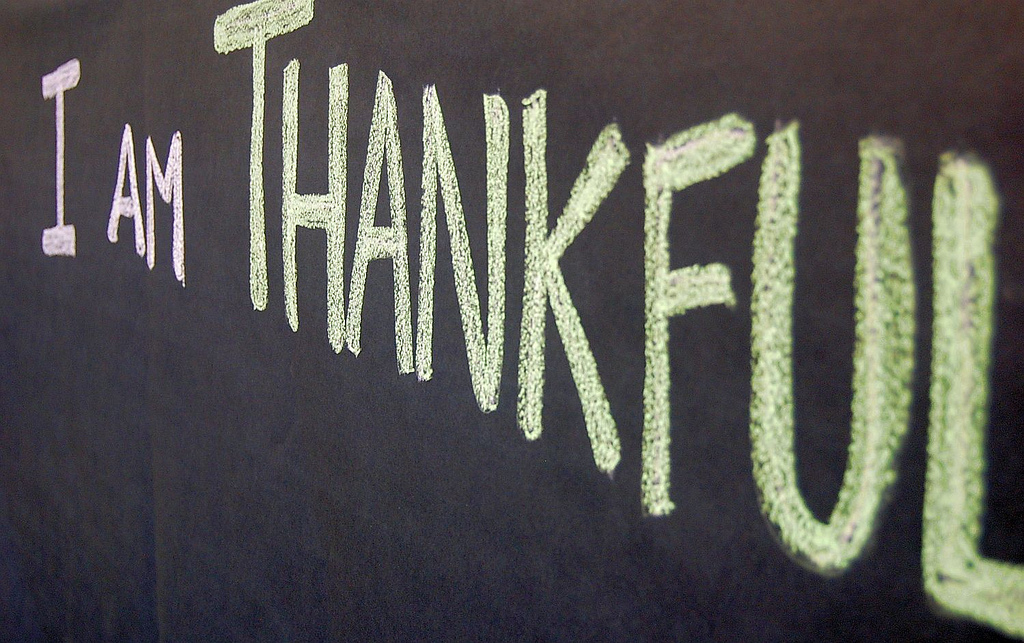 I cannot repay that debt of gratitude I owe to God for my redemption, but it binds me to Him. I cannot recompense the many kindnesses shown by friends and family but it strengthens the ties of corporate and familial love. Gratitude awakens the soul to the sweetness of being tethered to God and humanity. A refusal to be “beholden” breaks all ties whereby the soul drifts into isolation with the ever-intensifying sense of entitlement and rancorous pride. Ungrateful people will not be bound by such a debt. They care infinitely more what is owed them.

Roman philosopher Cicero (130 B.C.) said, “Gratitude is not only the greatest of virtues but it is also the parent of them all.” A grateful person knows that all of life is dependent on the grace of a benevolent God and His people who extend that benevolence on earth. Conversely, while it is the portal through which we enjoy God and others, ingratitude is a darker passage into moral and relational decline as seen in Romans 1:21 when the apostle Paul describes man’s descent into the abyss of his own self governing and autonomy from God. It began with “he refused to give thanks.”

Acerbic American writer and poet, Dorothy Parker called gratitude the “most sniveling attribute in the world.” And where did her refusal to be “beholden” take her? She died so bitter and alone that after she was cremated, no one claimed her ashes. They stayed in her attorney’s filing cabinet for almost 20 years. That is the common destiny of all who have no sense of gratitude to God or man – a withering and contracting of the soul into irredeemable darkness.

But gratitude must have a source. It must spring from that which gives it legitimacy otherwise it is a counterfeit of emotions based on our circumstances. “I’m thankful when people are fulfilling my expectations, but the moment things go awry, I am resentful and angry.” The great catalyst of being truly “thankful in all things” (I Thess. 5:18) – of gratitude being an unchanging feature of the soul – has its provenance in the knowledge that we were worthy only of condemnation because of sin and were, in Jonathon Edwards words, “dangling over the pit of hell by a gossamer thread” with no more ability to save ourselves than Lazarus could reanimate dead tissue. So we read in Ephesians 2:1-5.

“And you were dead in your trespasses and sins, in which you formerly walked according to the course of this world, according to the prince of the power of the air, of the spirit that is now working in the sons of disobedience. Among them we too all formerly lived in the lusts of our flesh, indulging the desires of the flesh and of the mind, and were by nature children of wrath, even as the rest. But God, being rich in mercy, because of His great love with which He loved us, even when we were dead in our transgressions, made us alive together with Christ.”

That from which all gratitude springs, is summed up in two words from this text: “But God.” God moved by mercy – interposed. He called my name. He regenerated my dead estate to life by indwelling the formerly “untenanted chamber” of my heart. I was on a trajectory of utter and eternal destruction – BUT GOD! Cicero was right. Gratitude cannot be just a great attribute. It must be the wellspring from which it flows everyday.

Indeed, is gratitude the language of those who know they were perishing? Who know they were blind and now they see? Who know what fate awaited them had not God sent His Son into a cold and inhospitable world to save them? An absolutely life-transforming practice is to rise every morning thanking God for His salvation. Nothing more routs ingratitude from my soul than the sure knowledge of just how close I came to that tenuous thread over a pit of eternal darkness and separation from God – breaking.

I am forever beholden to God Who sent His only Son to rescue the perishing – everyday.

Thou hast given so much to me,

Give one thing more, – a grateful heart;

Not thankful when it pleaseth me,

As if Thy blessings had spare days,

But such a heart whose pulse may be Thy praise.

Margaret Ashmore has been involved as a women’s bible teacher and lay counselor at Denton Bible Church for over 20 years. She travels as a conference and retreat speaker, and will be teaching at the Association of Biblical Counselor’s 2017 National Called To Counsel Conference.