Who Wins? – The Final Say 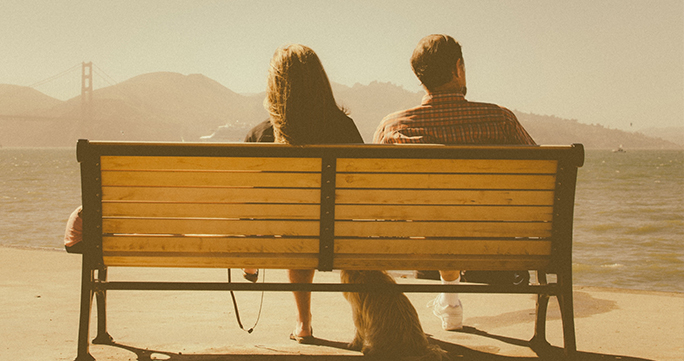 When I was engaged, my fiancé and I went for pre-marital counseling as most engaged couples do.  I remember my pastor specifically emphasizing the idea of submitting to my husband as the leader of our home. My pastor looked me in the eye and said, “Howard has the final say over things.”

But is that biblical?  Do husbands have the final say when there is a disagreement or conflict and there seems no obvious resolution?

Let’s see if this thinking is truly what God designed marriage to be like.

Before the Fall Adam and Eve experienced mutuality to their relationship.  In Genesis 1:26,27 God made human beings in his image (both male and female) and gave them both the responsibility to rein over the animals and take care of the earth.  Eve was equal with Adam not beneath him.

After they both sinned, part of the curse was that their relationship would change. God told them, “And you will desire to control your husband, but he will rule over you” Genesis 3:16.   The desire for power and control over another person would now characterize marriages instead of the mutuality that God originally intended.

That struggle continues in marriages today.  However, when Christ came, he broke the curse of the law. Paul says, “But Christ has rescued us from the curse pronounced by the law” (Galatians 3:13).

We see throughout Paul’s writing a breaking of this “power over people” mentality. He writes, “There is no longer Jew or Gentile, slave or free, male and female. For you are all one in Christ Jesus” (Galatians 3:38). He also applies this to restoring the mutuality of marriage when he tells husbands to love their wives as Christ loved the church and wives to submit to their husbands out of reverence for Christ (Ephesians 5:21-33; Colossians 3:18,19).  It’s both/and, not either/or.

When Paul writes about the sexual relationship, he also describes this mutual giving and mutual giving up of rights and power. He says, “The husband should fulfill his wife’s sexual needs and the wife should fulfill her husband’s sexual needs. The wife gives authority over her body to her husband and the husband gives authority over his body to his wife” (1 Corinthians 7:3, 4).

Note the one spouse gives authority to the other. No one takes authority over the other.  When mutuality in marriage is practiced, power struggles may be tempting, but never endorsed or validated as biblical. One does not take someone’s choice away from them.  When mutuality is practiced and valued, a husband or wife often gives in, but they give in willingly, not under compulsion or fearfully.

I have been married over 38 years. There has never been a time in my marriage where my husband has had to have a “final” say.  When you practice mutual submission and mutual respect, you listen to each other’s perspective. You defer when someone is wiser than you are in a certain area, you compromise, you work together to come up with a solution that you both can live with.

Finally, let’s look at this position from one other perspective – the angle of authority.  Too often we have misunderstood the authority of a position, whether it be husband, or pastor, or elder, to be synonymous with getting one’s own way. In other words, if I am the head of my home (authority), then I get the final say, which means I get my way.

But the Bible is clear that authority does not imply entitlement to one’s own way. God’s Word gives specific instructions to those in authority how to handle that responsibility. Throughout the Old Testament God often rebuked the leaders of Israel for their self-centered, deceitful, and abusive shepherding of God’s flock (See, for example, Deuteronomy 13; Jeremiah 23:1-4; Ezekiel 34:2-4)

Biblically, God put husbands as the head over their wives (Ephesians 5:23), but that does not put wives at the feet of their husbands. Women and wives are depicted in the Gospel as equal partners and persons to love, not objects to use or property to own. Biblical headship is modeled by Christ’s gentle leadership and loving self-sacrifice. Husbands are cautioned not to be harsh with their wives and not to mistreat them, or their prayers will be hindered (Colossians 3:19; 1 Peter 3:7). No leader is entitled to make selfish demands, order people around, or hurt them when they fail.

Jesus cautions those in positions of authority – parents, husbands, pastors, and elders – not to misuse those God-ordained positions for self-centered purposes. These roles are given to us by God to humbly serve the individuals or groups that have been entrusted to our care, not to have our egos stroked or to get our own way (Mark 10:42-45).

So what would these biblical principles look like in making family decisions?  Let’s say the wife wanted to go to the ocean for vacation, her husband preferred the mountains. Traditionally the final say has meant that he gets to go to the mountains and she simply has to submit.

But authentic biblical headship defined by Christ is characterized by servant-hood.  Now we have an entirely different picture.  How can her husband best serve her needs?  If he is to love her as Christ loves the church and sacrifice himself for that, what would the “final decision” look like?

I think it would sound more like, “Honey, if you need sand and water for vacation this year, let’s do it.” Likewise, the wife might say, “If it’s that important to you that you get away from the crowds at the beach, I’m fine with that.”

When this kind of mutual submission, mutual love, and mutual respect are practiced in a marriage, there is no need for a “final say”.