Victory Over The Shame Of Sexual Abuse 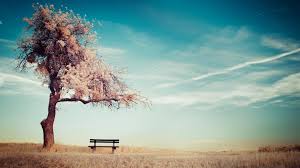 I’ve also thought a lot lately about my own shame. I  have a propensity to want to hide or depersonalize my pain by distraction—just not being real with people. Shame leads me to a place where I can’t even worship without self-consciousness.

Shame is universal and started in the garden of Eden. God covered our shame over and over but Christ absorbed it once and for all at the Cross. We get that intellectually, but those who have been abused hear other voices—voices of condemnation and humiliation. Their shame seems so much deeper. It can easily enter the soul like deadly venom. Shame drives us undercover, but the cost is great. We can hide so well. God calls us out of hiding, asking us to consider, “Where are you?”

Slaying the Goliath of Shame

Shame can be such a giant. God wants us to be victors, but how are we to slay the Goliath of shame? It is only through Christ’s blood and His divine power that we dare enter battle. We dare not cower or in our fear give way to the god of this world. Satan wants to keep us from the freedom found in Christ and the power found in forgiveness at the cross. Christ despised the shame of the cross and slayed the giant for us.

Imagine if David had dropped his sling-shot and run. David was mocked, tried on the wrong armor, but then remembered who he was and that the battle was not his. He was not alone. Taking one small smooth stone and the courage mustered from his zeal for God, he faced Goliath, dropping him like a giant redwood. But, he did not just knock him out, he cut his head off!

Shame can come and go, until you have a funeral and forgive once and for all. Just think about that. What would it be like if we knew the power of God to overcome shame? Jesus despising the shame of the cross, bleeding, naked and in soul pain, took on the shame that was ours.

There is nothing that robs the perpetrator of haunting our memories or possessing our soul like our identification with the passion of Christ. We are so much more than what has happened to us. We need to reorient our whole identity with His life in us. We have to finish the journey going from the garden to the cross, from being overwhelmed at the garden to being victorious at the cross, defeating death and shame forever. Not that we would be rid of our pain… not necessarily… but that the pain would be redeemed pain.

There Is Therefore Now No Condemnation

Satan hates this truth… that pain can be used for God’s glory. Satan hates it and will lie to us so we look away from Christ. Yet, even the most heinous sins of our past will be redeemed for the glory of the only one worthy of our worship and for our good!

Just think about the word redemption. Our self-condemnation serves no godly purpose. It is Satan’s trick to keep us from freedom. A cheap ploy to rob us of the deep conviction and then the even deeper mercy that gives peace.

A Personal Invitation: From Victim to Victor

Come to Christ, confess, weep, receive His love, and rest in Him. Perfect love drives out fear. Rebuke the lies, listen to the voice of Truth, and receive the comfort of His Spirit. Don’t give your perpetrator, Satan, one more moment of satisfaction. Remember, he who conceals his sin will not prosper, but he who confesses and forsakes his sin will receive mercy (Proverbs 28:13). If you were abused, you did not bring any shame on to yourself. However, you are living under it if you identify more with being a victim than with being a victor in Christ.

Confess any bitterness, release the shame, and quit hiding from God. Hiding in itself is a sin. Come into the light. He will replace with righteous robes those flimsy fig leaves that keep you in humiliation and fear. He will redeem your pain—over time you will be healed at a soul level.

You will be a mighty instrument of redemption for others. Others will see and praise God. We need you. Your courage, your story, your vulnerability will surely be used to purify and give hope to many. God will shine once again through you and His glory will be revealed through the cracks left as a reminder that we are but jars of clay.

Garrett Higbee blogs at the Biblical Soul Care, Harvest Bible Chapel; this article is reprinted with his permission.