Counseling the Self Satisfied- The King’s Speech: The Beatitudes part four of six 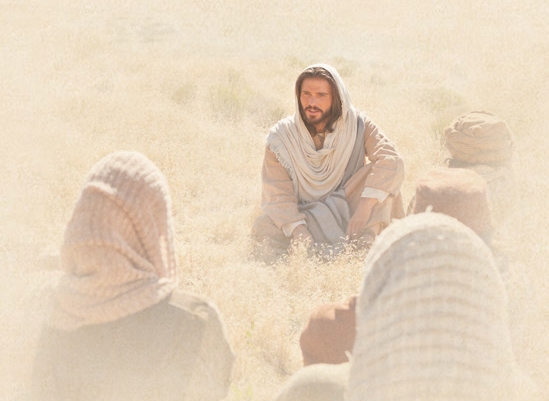 “Blessed are those who hunger and thirst for righteousness, for they shall be filled.” – Matthew 5:6

“If you don’t feel strong desires for the manifestation of the glory of God, it is not because you have drunk deeply and are satisfied. It is because you have nibbled so long at the table of the world. Your soul is stuffed with small things, and there is no room for the great.” ― John Piper

I have an imprinted childhood memory of my mother making dinner, a sumptuous fare filling the home with the aroma of promised delights. I was watching cartoons happily consuming a large candy bar and a bottle of soda pop, so my response when she called, “Dinner is ready!” was a flat denial of, “I’m not hungry.” I missed out on a healthy, enjoyable and sustaining meal. As a Christian, I still can.

When I don’t open my bible it isn’t because I have ceased to believe it’s inestimable value, but because I’m not really hungry for it. Instead I have most likely chosen the bland but brief satisfaction of the world’s porridge or imbibed from its shallow cisterns (Jeremiah 2:12-13), spending time on Facebook rather than seeking the Face in God’s book or blankly gazing too often into a television screen rather than “setting my mind on things above where Christ is.” (Colossians 3:2) And while Isaiah 29:8 speaks of those who will never have the satisfaction of conquering the people of God it is also clearly applicable toward those who vainly seek to fill their cavernous needs of love and security and significance with fleeting vapors. “As when a hungry person dreams of eating, but awakens hungry still; as when a thirsty person dreams of drinking, but awakens faint and thirsty still.”

In the much less sublime words of Mick Jagger whose song was the anthem of the 60’s: “I can’t get no satisfaction.” But in the nobler words of John Piper:

“Almost everywhere you turn, the grass is greener than where you stand. And the great tragedy for some of you is that even though this is the Spirit of God beckoning you to himself, you turn away again and again to short-run, temporary, backfiring pleasures of R-rated movies, or drugs or alcohol or tanning parlors or a new toy. And everything turns to ashes in your hands. The thrill of lust leaves the sediment of guilt and loneliness. The drugs and alcohol can’t keep you from waking up in the real world again and again with your messed-up relationships. The tan looks so artificial and fades so quickly. And the new toy is so boring in just a few weeks.”

What drives those we counsel to the greenest pasture? What drives them from creation to the Creator? What whets their appetites for the true substance that is Christ? (Colossians 2:17)

The answer is found in the divine order of the Beatitudes whose progression sews the seeds of a hunger for righteousness. There is an emptying of pride (poor in spirit), a pouring out of one’s heart in contrition (mourning) and a letting go of control (meekness); all three are what the bible calls a true fast (Isaiah 58). I have read that when a person fasts for three or more days, the cells start “throwing off” toxins creating a hunger for healthier food. The first three Beatitudes is the Great Physician’s prescription for “throwing off” self and worldliness, reflected in the Duet. 8:3 – “He humbled you and let you hunger and fed you with manna, which you did not know… that he might make you know that man does not live by bread alone, but man lives by every word that comes from the mouth of the LORD.”

Upon the seeking soul’s brokenness, repentance and surrender, when the Savior calls them to His banquet table, offering the Bread of Life to their famished souls and the Living Water for their parched hope. When He extends His royal goblet filled with the sweet wine of joy, when He places before them the vegetables that make the eyes bright (Daniel 1:12), the milk and honey of His promises which ever flows, the daily grace of manna which falls from heaven and upon tasting to see that the Lord is good, they won’t respond with “I’m not hungry.” Or, I am not thirsty.

They will have sipped from the aged and superior Port of the True Vine, and will not only say a resounding NO when the world offers its sparkling cup of empty promises, but will gladly pass them up with disdain.

Most people who come for counseling are there because they are hollow of hope and faint of soul satisfying sustenance. They feel there is no bottom to their grief. The pangs of their hunger for a satisfying relationship or the burning thirst of their longings for security and significance have not only been roundly unmet, but the very world system that promised to mollify now mocks them. So we ask, “Why do you spend your money for that which is not bread, and your labor for that which does not satisfy?” declaring with gospel-centered joy, “Hearken diligently to [God], and eat what is good, and delight yourselves in abundance.” Isaiah 55:2-3

They shall be filled.

When God at first made man,

Having a glass of blessings standing by—

Let us (said he) pour on him all we can;

Contract into a span.

So strength first made a way;

When almost all was out, God made a stay,

Perceiving that, alone, of all His treasure,

Rest in the bottom lay.

For if I should (said He)

Bestow this jewel also on My creature,

He would adore My gifts instead of Me,

And rest in nature, not the God of Nature:

So both should losers be.

Yet let him keep the rest,

But keep them with repining restlessness;

Let him be rich and weary, that at least

If goodness lead him not, yet weariness

May toss him to My breast. – George Herbert