The Difference Between Giving Up and Letting Go

When working with clients within marriage counseling, I often see a lot of biblical confusion because of their misunderstanding of God’s will and letting go of unrealistic hope for their spouse to repent and change.

They usually say something like this. “I know God’s will is for our marriage to be restored. He can change my spouse and God hates divorce. So if I wait, and pray and believe, can I hope that my spouse will change?”

And after waiting and hoping and seeing no evidence of any change, they begin to ask, “If I give up, does that mean I don’t trust God? Nothing is changing.” 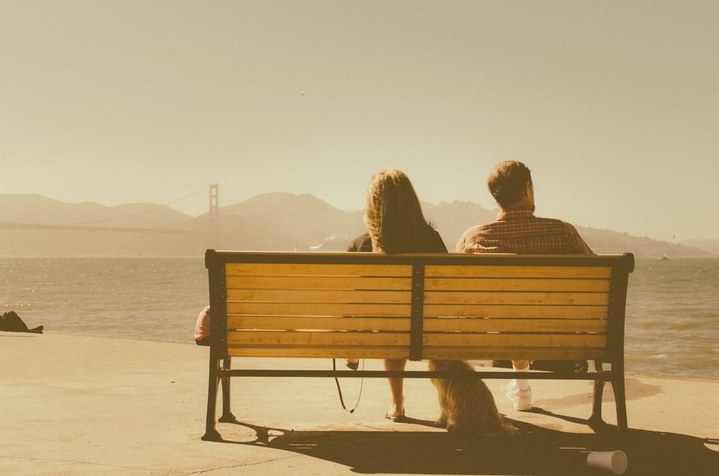 A Biblical example that comes to mind around this issue is Elijah’s story found in 1 Kings 18 and 19. He was a great prophet called by God to do some amazing miracles. His most famous was when he prayed and fire came down from heaven and licked up the water and sacrifice, proving to the prophets of Baal that the God of Israel was the one true God. He hoped that as a result of what happened, King Ahab and Queen Jezebel would repent of their rebellion and lead the nation of Israel into repentance. But that didn’t happen and Elijah almost gave up.

He ran away, fearful and despondent. He wanted to die. He said to God, “It is enough now. Lord, take away my life, for I am no better than my father.” And he laid down and gave up.

But God wasn’t done with Elijah. He cared for him. He gave him food to eat and allowed him to rest so that his mind, emotions and body could heal. And as Elijah began to feel better, God spoke to him not to give up but rather to let go and surrender the outcome to Him. Things were not going to turn out the way Elijah had hoped but that didn’t mean that God was not still in charge.

Giving up means I don’t trust what God is doing. Letting go and surrendering to God means, “Not my will but yours be done.” Jesus showed us this in the garden when he didn’t feel like going to the cross. It was painful, yet he trusted his Father and surrendered.

There are times we do need to help our client let go of her desired outcome by surrendering it to God. Jesus let go of the rich young ruler. He didn’t want to do things God’s way and Christ let him go, even though he loved him (Mark 10:21).

Jesus let Judas go, even knowing that he was up to no good. The story of the prodigal son in Luke 15:11 shows a loving father, letting his younger son go to live a sinful life. He didn’t beg him to stay or cling to him when the son wanted to leave. He let him go.

In the same way, we can help our client be fully surrendered to God and let go of her desired outcome. Perhaps what our client needs to let go of is her hope in what God will do in her husband. Henry Cloud has a chapter in his book Necessary Endings called Hoping Versus Wishing: The Difference Between What’s Worth Fixing and What Should End.

Briefly, here are a few questions Cloud uses to discern whether someone should have hope or give up hope.

Do I want the same reality, frustration, or problems six months from now?

Do I want this same level of performance a year from now?

Do I want to be having these same conversations two years from now?

If the answer is no, then here are a few more of his questions.

What reason is there to have hope that tomorrow is going to be different? (The best predictor of future behavior is past behavior)

What in this picture is changing that I can believe in?

Cloud says, “The difference between hoping and wishing is that hope comes from real, objective reasons that the future is going to be different from the past. Anything other than that is simply a wish that comes from your desires.”

God calls his people to put their hope in him, not necessarily in what he will do, or what we think he should do. Elijah is a good example of a godly man with misplaced hope. He believed it was God’s will for King Ahab and Jezebel to repent and he was right. It was God’s will but that’s not what happened. Elijah felt so despondent at his “failure” that he wanted to give up. In his small story of hoping what God would do, he forgot who God was and God’s larger story. God was still present. God was still good. God was still in control and God showed Elijah that his hope in God needed to be placed firmly in who he was, and not what he hoped he would do.

The Unavoidable Principle of Letting Go (Part One)
As biblical counselors, the principle of letting go is unavoidable,...

The Origin of Counseling Ministry (Part One)
Counseling ministry has existed from the beginning of the world,...

The Origin of Counseling Ministry (Part Two)
In our previous post, we considered a bigger picture of...